Some facts and figures.

Although booted bantams are already known for centuries the history of the Uccle bearded bantam started rather late. Around 1900 Michel van Gelder started creating this magnificent breed. His aim was to create a booted bantam with the shape and perfection of the Antwerp bearded bantam. 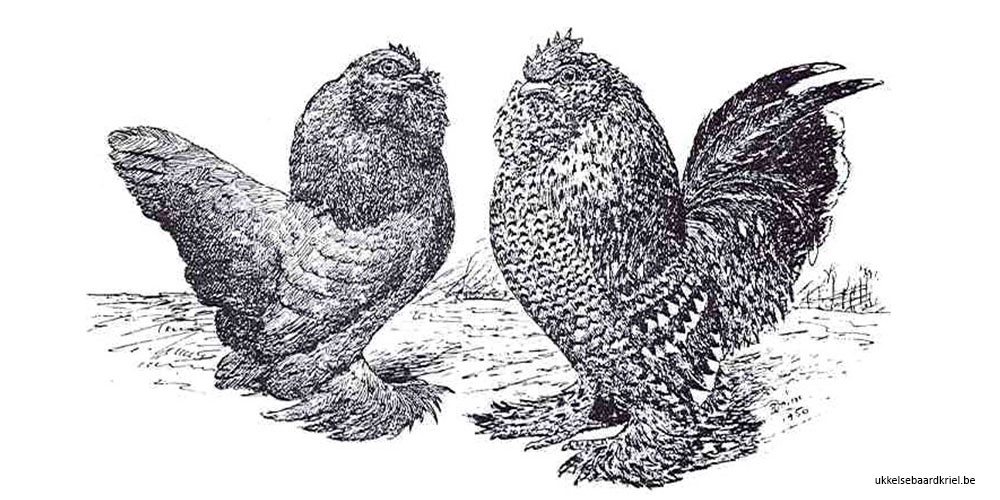 The Uccle bearded bantam is a gracious and small bantam with an asymmetrical shape. The front is much heavier than the back. The tail is almost carried vertically and for the roosters rather small. The breast is very large, carried rather high and forward while keeping the wings down. The footings (leg feathering), vulture hocks, well developed trilobed beard, small single comb and well developed hackle finish the type with some remarkable characteristics. With its unique type, feathering and a magnificent range of colours the uccle is without any doubt one of the most amazing breeds in the world.

This remarkable breed is very well suited for keeping in limited space because of its very friendly and calm nature. In a very short time these bantams become very tame. Bearded D Uccle eggs are notably small and are coated with creamy or tinted coloring. The breed is known for being broody and the hens known as very good mothers.

The breed is rather rare. Is kept by different breeders throughout Belgium but mostly in small numbers. The most common varieties are millefleur, porcelain and quail. Most other varieties are very rare.

Outside Belgium they are kept in United kingdom, France, Holland and Germany. On the Internet various sources show uccles in the U.S., Brazil and Australia but unfortunately the quality is different and mostly poorer than in the other countries